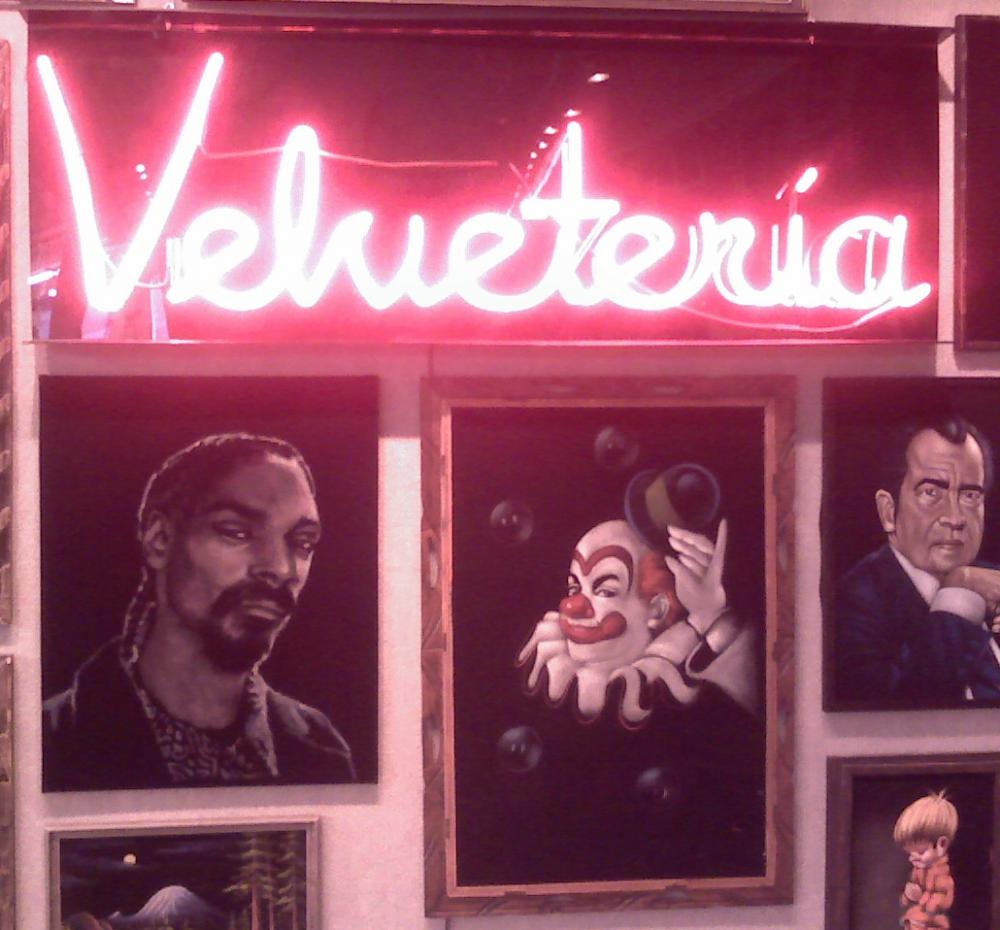 Today we visit a very unique museum located in Chinatown, Velveteria, Museum of Velvet Paintings located at 711 New High Street.  Carl Baldwin, one of the founders, met us at the entrance, and immediately began extolling the virtues of velvet painting to entice us to pay the $10 entrance fee and view his extensive collection behind the pink curtain.  Carl is a non-stop talker and with his gravel voice, punctuated by lots of laughing, hippie style clothing, and signature hat, he educated us on the origins of velvet paintings.  Although often thought of as kitsch, a 20th century pop-art phenomenon with its often cartoonish images, velvet paintings date before Marco Polo introduced them to Western Europe.  Carl explained how intricate some of the artwork can be, and related stories about the many fascinating artists whose works were on display.  During the psychedelic, hippie, Vietnam era, movie and rock stars were immortalized on velvet.

This Museum has one main room with a very eclectic collection of paintings consisting of  politicians, singers, jazz musicians, women of all colors, to name a few.  There is another section with many of the famous rock stars from the 60’s to the present, Star Trek paintings, and Egyptian pharaohs and women.  A favorite of Bob, another room houses the blacklight paintings.   A blacklight painting utilizes paints which fluoresce under a black light.  The black velvet enhances the image.  The hallway in the back is dedicated to Elvis.  Utilizing all available space, even the restroom houses a collection.

From landscapes to clowns to famous movie stars to Presidents and animals the museum has it all and Carl with his walking encyclopedic mind has numerous stories to share, along with reviews of the museum, even one from the Wall Street Journal.