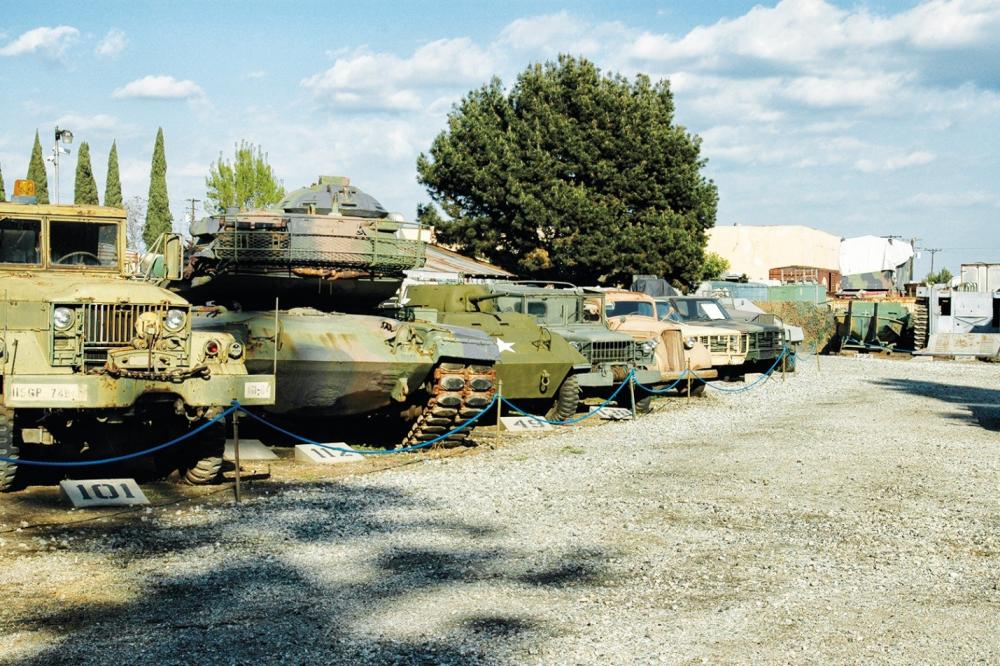 The American Military Museum is a must see for military history buffs. The museum is home to the largest collection of military vehicles, artillery, and equipment on the West Coast.  There are no missiles or bombs here, rather on display are over 170 historical pieces, ranging from vehicles and artillery used in the First World War to WWII to Vietnam to Operation Desert Storm.

The staff is very friendly and informative.  They provided us with a self-guided tour binder allowing us to explore the military hardware on display at our own pace.  We got up close to the equipment, could touch and take pictures but couldn’t climb or enter any of the vehicles.

We were struck by how different and imposing the equipment looks in person compared to images on the big screen or television. Each tank, vehicle, equipment, even a helicopter, is marked with a number, so you can look it up in the binder and read about its use, history and specifications.

We talked to several visiting veterans as we walked the grounds.  They were enthusiastic in sharing their insights about the equipment and their own experiences in the service.

It gave us a fascinating view of military history. The museum is located in South El Monte, open Friday to Sunday, plenty of parking. Plan on spending at least an hour here.  There is a $5 entrance fee.