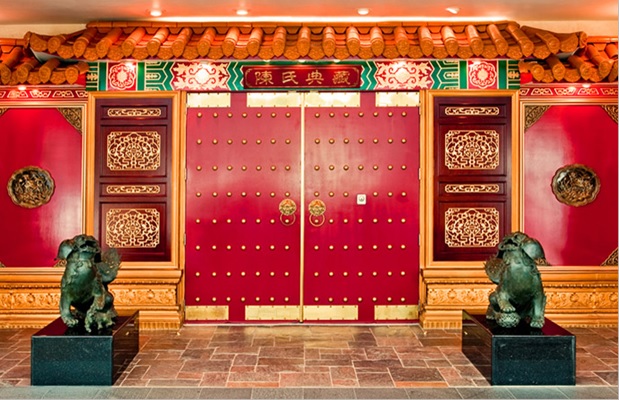 Taking a leisurely drive to Torrance we check out the hidden gem, Chen Art Gallery, nestled within the Sunrider International corporate building located at l625 Abalone Avenue. The museum is operated by the T.F. Chen Family Foundation and houses the collection of Dr. Tei Fu Chen and his family.  Offering a vast variety of period pieces from the ancient Chinese dynasties, the gallery has several rooms containing furniture, exquisitely carved jade, bronze, Buddhist sculptures, snuff bottles, paintings and calligraphy.  Themes are arranged within categories such as furniture of the Ming Dynasty, pottery, royal apparel, and religious artifacts.

The museum is free but reservations are required.  Knowledgeable, friendly, and informative tour guides accompany you while exploring the pieces on display in the gallery.  Bob and I learned some of the historical pieces date back as far as 3000 years with many pieces  dating over 500-700 BC.  In an adjacent building there is a beautiful botanical garden with herbs, gazebo, and a koi pond where you can explore and enjoy the serene atmosphere.  To cover all the interesting displays you need two hours.  Plenty of free parking is available at the location.