The Next Chapter: These Seniors See Retirement as a Challenge to Try Something New

The Next Chapter: These Seniors See Retirement as a Challenge to Try Something New 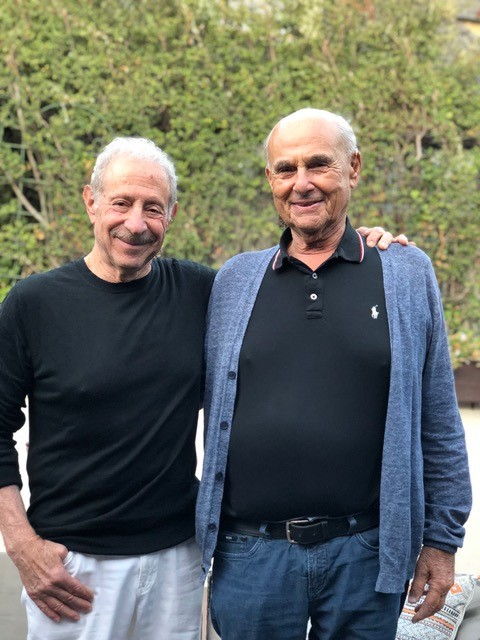 In the bustling student café on the outskirts of the UCLA campus, Tom Jacobson and Robert Blaunstein are a bit older than the other patrons hunched over notepads, textbooks and laptops, but they are hardly outsiders to the undergraduate grind. Bob and Tom participate in the Longevity Center’s Senior Scholars program, a program that allows individuals 50 years and older to audit lectures at UCLA. A few times a week, you can find the two friends in the same lecture halls as the students around them. Bob and Tom have taken enough courses through the program to receive a degree from UCLA – not that they are in need of educational accolades.

Before retiring, Bob was a physicist serving in the U.S. Department of Energy and lectured at the University of Tennessee. Tom was a civil rights attorney who helped integrate Milwaukee public schools and represented activists such as Dick Gregory.

In class, the pair has a goal that does not involve a diploma. For them, Senior Scholars is an opportunity to engage in topics entirely different from what they had studied before. Physics and law have been replaced with film, art and history. Bob puts it simply: “There’s a lot to learn,” and with retirement comes the time to do so.

The idea of trying something new – whether it be in or outside of the classroom – is not daunting to Bob and Tom; in fact, it is how they built their friendship. When they first met, Bob and Tom began a tradition now known as “LA Fridays.” Every Friday morning, the pair explores a Los Angeles attraction and discusses it over lunch. The friends are Los Angeles transplants at a late age – Bob and Tom originally moved to California to be with their adult children, although as time passes they admit they were fleeing the bitter winters in the East – and the outings have allowed them to discover the new city they now call home. Their trips have covered the cultural mosaic of Los Angeles, from the Nethercutt Museum to the graffiti murals of Venice to the Cao Dai Temple. Within three years, Bob and Tom had seen over 100 L.A. destinations. They started a blog of their adventures, LA Fridays with Bob and Tom, which is published every month on the UCLA Longevity Center website, in order to inspire others to start their own meetups in Los Angeles and beyond.

Involvement in Senior Scholars and LA Fridays came at the time when Bob and Tom most needed it. Tom remarks, “When you retire, there’s always trepidation when you leave the work force. What am I going to do with myself? If you were really active when you were working, there’s a fear in retirement.”

After successful careers, Bob and Tom faced a challenge, but their involvement in the communities at UCLA and the surrounding city has provided experiences and surprises that they both have come to cherish. When asked about their favorite courses and outings, their excitement seeps into the conversation as memories of their friendship snowball –they come up with no less than a dozen options for each question. It is important, according to Bob, “to see things and keep yourself grounded in what’s going on.” With this attitude, the two have turned retirement into a chapter that has expanded their knowledge and their perspectives. As their friendship shows, it is always easier to do things with someone by your side. “Go with a friend,” says Bob. “It really makes a difference.”

Bob and Tom hope you are inspired to start your own “Fridays” activities with friends and acquaintances. Contact Bob and Tom at: lafridayswithbobandtom@gmail.com with questions, comments, or suggestions.