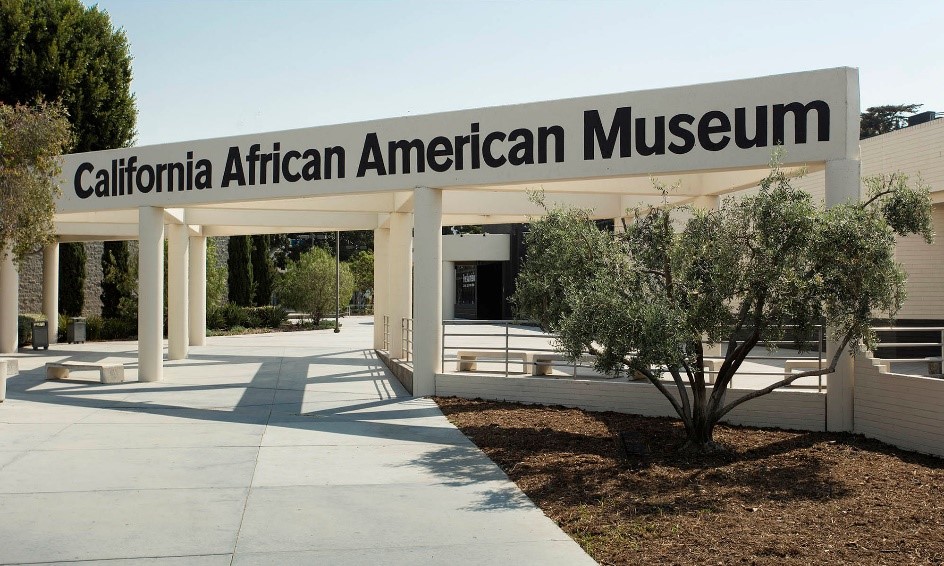 This week we visit the California African American Museum located in Exposition Park, near downtown LA.  The exhibits are, as usual, excellent.

Cross Colours:  Black Fashion in the 20th Century, my favorite exhibition, marks the brand's 30th Anniversary by showcasing vintage textiles, media footage, and rare ephemera that illuminates how Cross Colours, the hip hop brand from the 90’s - known for its boldly hued geometric looks and social justice massaging -  has permeated popular culture and how fashion can be used to tell history. Bob and I learned from this exhibit another perspective and dimension of the hip hop generation.

We also checked out a second, though disturbing, exhibition, Making Mammy: A Caricature of Black Womanhood, 1840-1940.  This exhibit displayed images of a black mammy in entertainment, literature, and in film, part of a series of stereotypes popularized in the US in the 19th and 20th centuries that was meant to uphold racist ideas of black people’s natural inferiority.  This stereotype was used “as justification” for their oppression, initially as enslaved people and then as marginalized people during the era of Jim Crown racist apartheid.

Contrasting the two exhibitions shows us we have progressed over time in portraying black images, but still have a long way to go to achieve racial justice in our country.