LA Fridays with Bob and Tom: The Last Bookstore 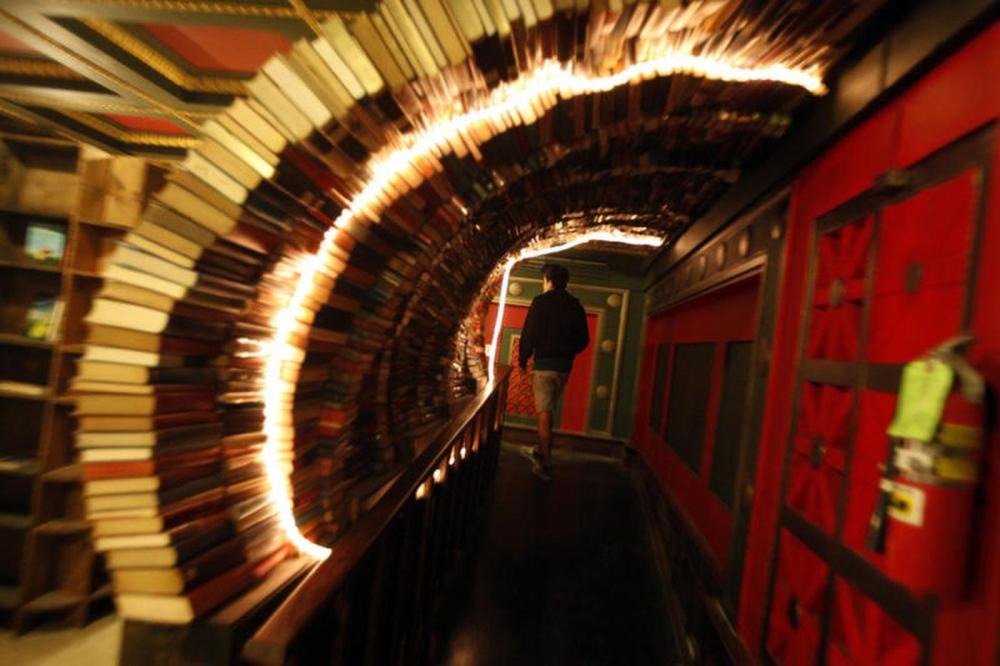 The Last Book Store located at 453 S. Spring Street, downtown LA is the largest independent bookstore still standing.  The store claims to have 250,000 new and used books covering two floors.  As vast as it may be we found it very well organized.  There were display shelves for the usual “staff picks” and a large number of book categories.  There are rare books, a display of art work, vinyl records, and on the second floor small shops, artist galleries, and working artist studios.

The second floor is basically a labyrinth.  There is a very cool walk-in safe which is known as the “horror vault.”  There is a spot for “photo taking lovers”.  A number of books are organized to form a hole where one can place one’s face for a photo.  A bit old fashioned but it does make you smile.  A little farther along is a tunnel made of books allowing for another photo op (see photo above). There is a bookshelf that just looks chaotic with pages hanging from the ceiling.  There are secret passage ways leading to hidden rooms.  The vastness of the layout beckons well more than an hour of browsing.  In spite of its size the atmosphere is very cozy, trippy, and friendly.

The store has a great mission, “keep the paper and ink book business alive in an era of e-readers and digital downloads”.  So what do you think, Amazon?

The hours are 10-5 seven days a week, but parking can be dicey.  If you are lucky you might find a meter otherwise a nearby parking lot.