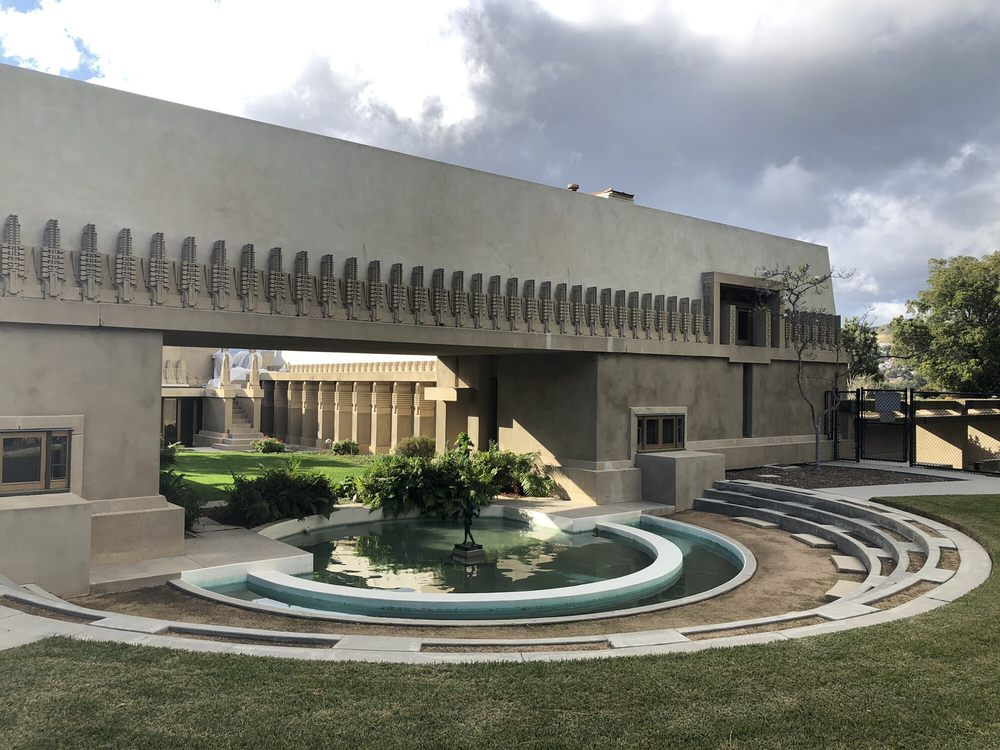 Entering Hollyhock House feels like you’re walking into an ancient temple, past 250-pound concrete doors into a low-ceilinged entrance hall. Wright incorporated into his design his interpretation of Barnsdall’s favorite flower, the Hollyhock.  It is incorporated into the furniture, carpets, planters, daylights and art glass windows.  Just outside, the gardens are full of Hollyhock flowers.  The house’s open floor plan offers access to the outdoors from nearly every room.  The fireplace, made of cast concrete, has a moat in front of it and was part of a larger feature where water flowed from a reflecting pool on one side of the house to the other.  The courtyard has stairs leading to rooftop terraces with views of Griffith Park, and on a clear day, to the ocean.

One important criterion the World Heritage Committee uses to determine if sites are worth considering for conscription is “Outstanding Universal Value.”  The phrase means the site is significant in terms of humanity, and that it has had an influence or an impact that is felt globally.