LA Fridays with Bob and Tom: Museum of Jurrasic Technology 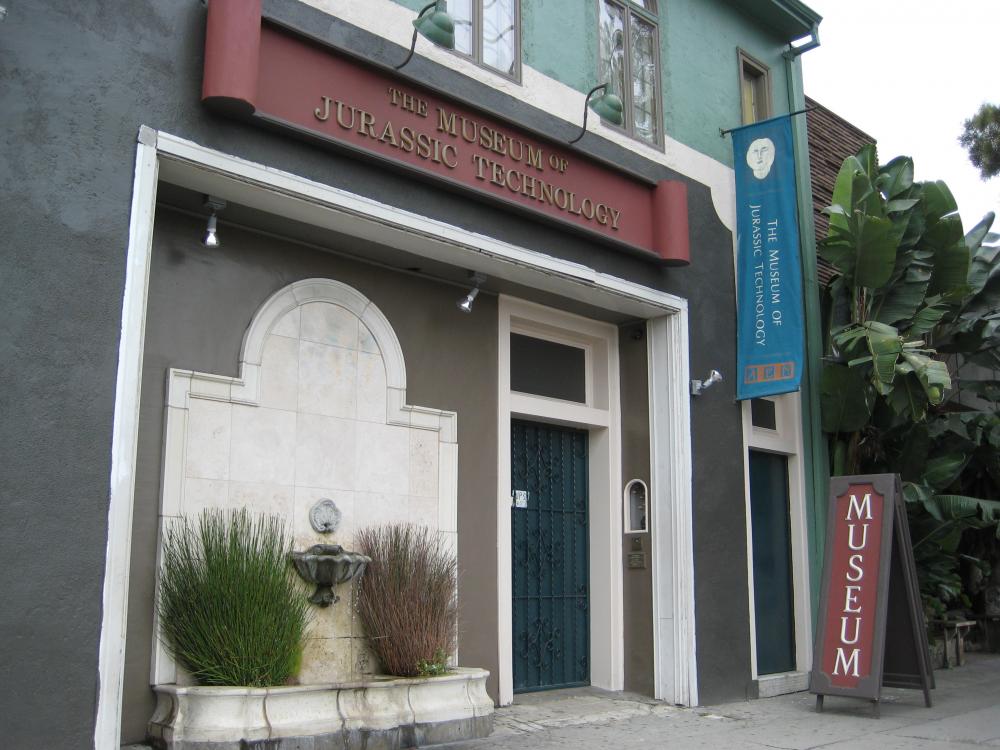 This week we travel to the Museum of Jurassic Technology located at 9341 Venice Blvd in the Palms district of LA.  It was founded by David Hildebrand Wilson and Diana Drake Wilson in 1988.  Wikipedia states the museum calls itself an educational institution dedicated to the advancement of knowledge and the public appreciation of the Lower Jurassic, whatever that is. This museum is not your “usual” museum.  Its collection includes a mixture of artistic, scientific, ethnographic, and historic, as well as some unclassified exhibits, and the diversity of its offering evokes the cabinets of curiosities that were the 16th-century predecessors of modern natural history museums.  Now that’s a mouthful which translates to, the museum contains an unusual collection of exhibits and objects with varying and perhaps uncertain degrees of authenticity.  The NY Times critic Edward Rothstein described it as a “museum about museums” and summoned up our reaction after visiting, “What kind of place is this?”  One reviewer explained the museum as a series of sensations rather than authentic exhibits.  That’s kind.  It does have a very interesting medical section.  We were glad we went but not so sure we’d go again.

There is a rooftop tearoom where you will be served tea and cookies and have an opportunity to discuss with a friendly staff person what you saw and the meaning of the exhibits.  If you visit be prepared for a very perplexing experience.  Meter parking is available.

Let us know what you think.