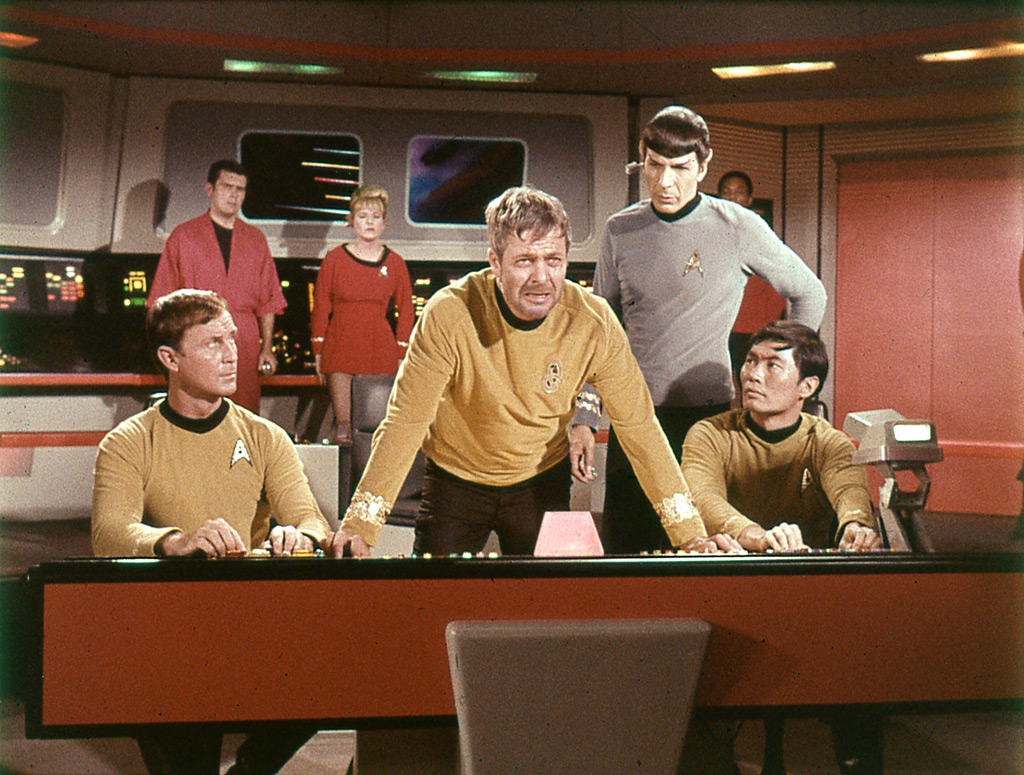 Remember these guys?  This week Bob and I became Star Trekkies as we visited the Skirball exhibit “Exploring New Worlds”, Oct. 7, 2021 – Feb. 20,2021, for a hands-on experience.  For over 50 years with an inclusive cast of humans and interplanetary beings the Star Trek team explored the universe.  We were welcomed to Starfleet where across the galaxy, humans and hundreds of alien species have set aside their differences to work together for peaceful exploration.  We learned about each Starfleet division and got to know some the notable officers.  We were very impressed how Star Trek was ahead of its time with its cast diversity and the courage to break the racial barrier with the “first kiss” between white and black crew members.

It was fun, the exhibit brought back a lot of memories.  We began our venture with a great lunch at the cafeteria and as usual, plenty of free parking.