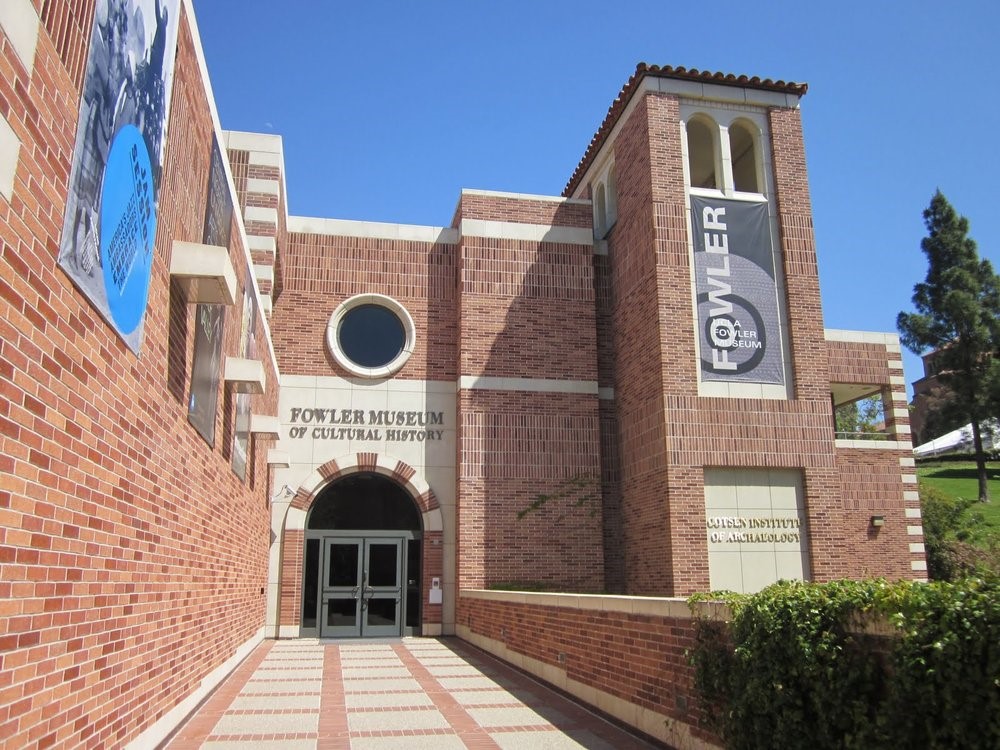 This week we visit the Fowler Museum of Cultural History (The Fowler) located on the campus of UCLA.  Originally established in 1963, The Fowler has a rich history of exploring art and material culture primarily from Africa, Asia, the Pacific, and the Americas, past and present.  Its collections, both in number and quality rank it among the top four university museums in the country. The museum is generally home to three to six exhibitions at any one time.  It also acts as a venue for lectures on cultural topics, musical performances, art workshops, family programs, film screenings, festivals and more.  The Fowler’s collections comprise more than 120,000 art and ethnographic and 600,000 archaeological objects representing ancient, traditional, and contemporary cultures of Africa, Latin America, and Asia and the Pacific.  From Yoruba beaded arts of Southern Nigeria to pre-Columbian ceramic vessels of Peru, to elaborate basic textiles of Indonesia and the vibrant papier-mâché sculptures of Mexico, the Fowler’s collections offer a comprehensive resource for exhibitions and scholarship central to the Museum’s mandate.  The museum offers a plethora of cultural events throughout the year.

This is your university museum come pay a visit.