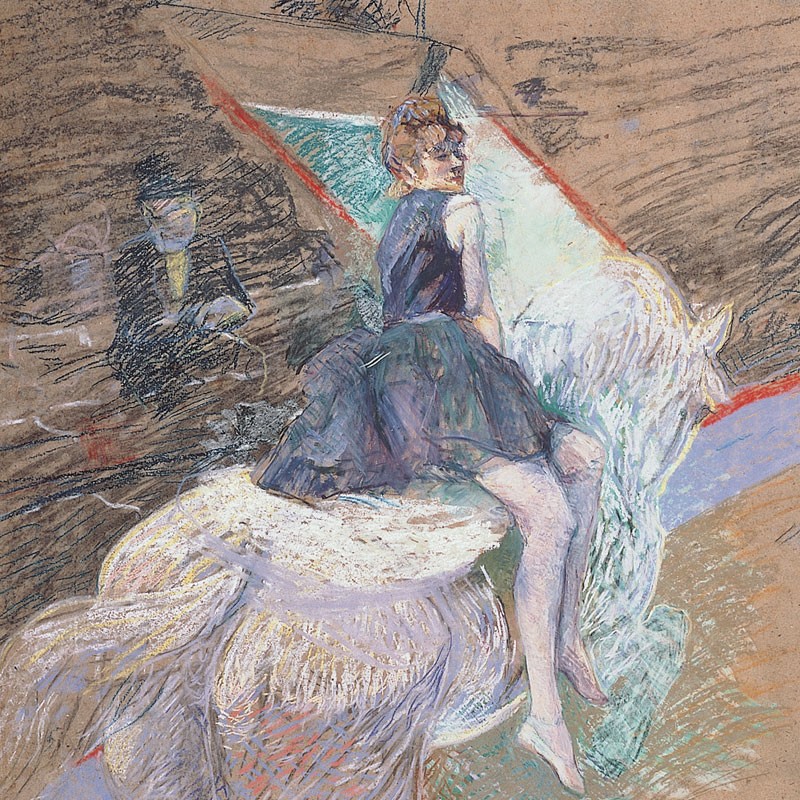 During the late 19th and early 20th centuries, later dubbed the belle époque, or “beautiful era”, Paris was at the forefront of urban development and cultural innovation. Its citizens witnessed the construction of the Eiffel Tower, the ascendancy of the Montmartre district as an epicenter for art and entertainment and the brightening of their metropolis under the glow of electric light. For artists like Henri de Toulouse-Lautrec, Edgar Degas and Pablo Picasso, however, it was often the less triumphant details of modern life that inspired creative expression. We visited the museum’s special exhibit, “By Day & by Night: Paris in the Belle Epoque” which presented paintings, drawings, prints, and photographs from this period that demonstrate how artists participated in the inventive spirit of the age by interpreting the everyday as something extraordinary. We think this is an extraordinary exhibit, not to be missed.

We began the visit viewing a short movie chronicling Norton Simon’s fascination with art and his extraordinary collection. You will not want to miss the sculpture garden or viewing the amazing collection of Old Masters.

If you have not been to the Norton Simon, we urge you to go. Lunch is pleasant at the museum and there is a plethora of nearby restaurants. There is plenty of free parking.