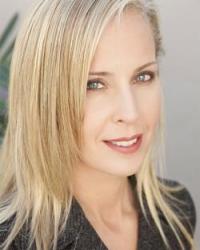 Dr. Elizabeth Laugeson is an Associate Clinical Professor in the Department of Psychiatry and Biobehavioral Sciences at the UCLA Semel Institute and is a licensed clinical psychologist. Dr. Laugeson is the Founder and Director of the UCLA PEERS Clinic, which is an outpatient hospital-based program providing parent-assisted social skills training for individuals with autism spectrum disorder and other social impairments across the lifespan. She is also the Training Director for the UCLA Tarjan Center for Excellence in Developmental Disabilities (UCEDD).

Dr. Laugeson has been a principal investigator and collaborator on a number of nationally funded studies investigating social skills training for youth with social difficulties from preschool to early adulthood and is the co-developer of an evidence-based social skills intervention known as PEERS. Since 2010, she has authored four books related to social skills training including, The Science of Making Friends: Helping Socially Challenged Teens and Young Adults, Social Skills for Teenagers with Developmental and Autism Spectrum Disorders: The PEERS Treatment Manual, The PEERS Curriculum for School-Based Professionals: Social Skills Training for Adolescents with Autism Spectrum Disorder, and PEERS for Young Adults: Social Skills Training for Adults with Autism Spectrum Disorder and Other Social Challenges. She was a two-time recipient of the Ruth L. Kirschstein National Research Service Award from the National Institutes of Health in 2004 and 2006, the recipient of the Semel Scholar Award for Junior Faculty Career Development in 2008, and received the Distinguished Alumnus Award from Pepperdine University in 2010.

Having trained thousands of mental health professionals, educators, and families in the PEERS method, Dr. Laugeson is dedicated to developing and testing evidence-based treatments to improve social skills across the lifespan, and disseminating these empirically supported programs across the globe. At present, the PEERS manuals have been translated into at least 12 languages and the program is used in over 25 countries. Dr. Laugeson has presented her ground-breaking research at international conferences throughout the world including the U.S., Canada, England, Finland, Holland, Spain, Italy, Australia, India, and China. Her work has been featured on national and international media outlets such as People Magazine, USA Today, the LA Times, New York Times, Washington Post, CBS, NBC, NPR, and Channel 4 in the United Kingdom.