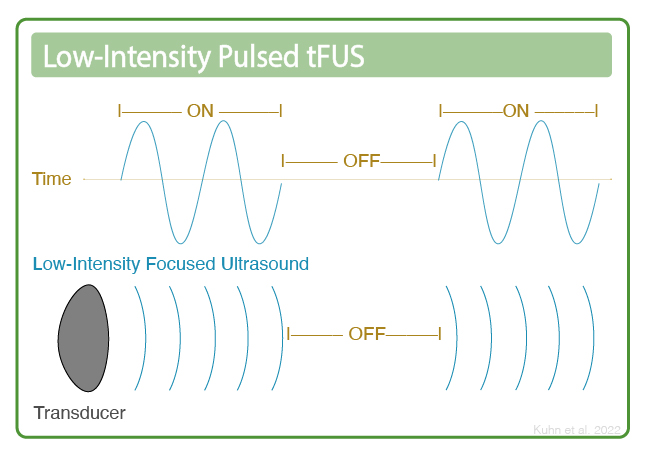 Ultrasound is a common technology most familiarly used for diagnostic imaging. Diagnostic ultrasound has a large beam and works by heating tissue. Contrarily, pulsed focused ultrasound does not heat, but pulses sound waves to make changes in brain function.

Transcranial Focused Ultrasound (tFUS) is a novel, non-invasive neuromodulation therapy that uses ultrasound waves to stimulate deeper brain regions that can only be reached otherwise with neurosurgery. tFUS can be focused on specific brain regions with the aim of changing activity in that brain area and improving associated functioning.

Neuromodulation is a way of changing the way the brain functions. Neuromodulation works by actively engaging regions of the brain to enhance or suppress their function, with the goal of improving the cognitive, emotional or motor abilities that brain region is responsible for.

Neurostimulation is an emerging therapy in treating psychiatric and neurological disorders via methods such as stimulating the brain with magnetism through the skull (transcranial magnetic stimulation: TMS) and electroconvulsive therapy (ECT). However, most non-invasive transcranial stimulation techniques are limited in the range of disorders they can treat due to their inability to reach deeper brain regions, which is currently only achieved by invasive, high-risk, surgical implant of electrodes directly into the brain (deep brain stimulation).

How tFUS Neuromodulation Impacts the Brain

Transcranial focused ultrasound sonication (tFUS) works by increasing blood flow in targeted areas. This increased blood flow may lead to increases in the performance of those brain regions and the functions they are in charge of, such as emotion regulation, learning, memory and precise physical movement. 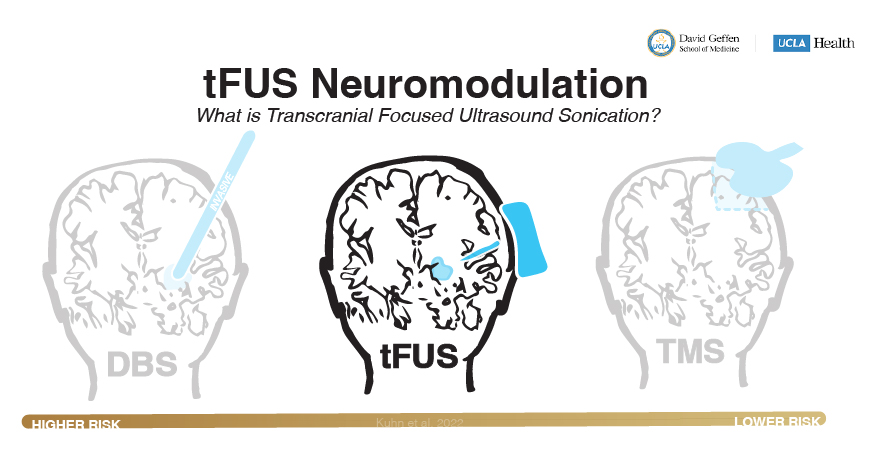