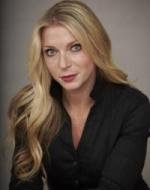 Dr. Ellis is a clinical neuropsychologist who received her PhD in Clinical Psychology with an emphasis in Neuropsychology from the University of Texas at Austin in 2012.  She first came to UCLA in 2011 for her pre-doctoral internship in Pediatric Neuropsychology.  She then received a T32 post-doctoral fellowship in neuropsychology and child and adolescent mood disorders.   In addition to being the Director of the thinkSMART ™ program, she works as an attending psychologist in the Child and Adolescent Mood Disorders Program (CHAMP).  Dr. Ellis is also a prolific researcher who was recently awarded a K23 grant from the National Institute of Mental Health (NIMH) to examine how neural response patterns of frustration and reward are associated with symptoms of depression and mania over time in youth with significant mood difficulties.

The thinkSMART™ program was born out of Dr. Ellis’ frustration with the lack of effective, non-medication interventions for youth with executive dysfunction, particularly (but not limited to) individuals with ADHD.  Through her extensive clinical work, she was struck by how pervasive and debilitating weaknesses in areas of organization, time management, task initiation/completion, and planning can be for individuals with mood, anxiety and attention problems.   She was motivated to create a program with concrete behavioral strategies to specifically target these areas.  With the help of Michelle Rozenman, PhD and Alex Sturm, MA, the thinkSMART™ program was created!   Dr. Ellis and her team are enthusiastic to move forward with getting empirical support for thinkSMART™.