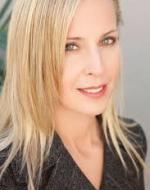 Dr. Elizabeth Laugeson is an Associate Clinical Professor in the Department of Psychiatry and Biobehavioral Sciences at the UCLA Semel Institute for Neuroscience and Human Behavior and is a licensed clinical psychologist. Dr. Laugeson is the Founder and Director of the UCLA PEERS Clinic, which is an outpatient program providing evidence-based social skills training for individuals from preschool to adulthood. Dr. Laugeson is also the Director for the UCLA Tarjan Center, which is a University Center for Excellence in Developmental Disabilities, and Program Director for the Predoctoral Psychology Internship Program in Autism and Neurodevelopmental Disabilities at UCLA. Dedicated to supporting those with neurodevelopmental disabilities and their families, she has also held positions as Founding Director of The Help Group – UCLA Autism Research Alliance (2007 – 2017), Training Director for the UCLA Tarjan Center (2014 – 2021), Director of the UCLA Early Childhood Clubhouse Program (2007 – 2010), and Associate Director for the UCLA Parenting and Children’s Friendship Training Program (2007 – 2010).

Dr. Laugeson received her doctorate in clinical psychology from Pepperdine University and completed her pre-doctoral psychology internship in developmental disabilities at the UCLA Neuropsychiatric Institute. She was a two-time recipient of the Ruth L. Kirschstein National Research Service Award from the National Institutes of Health in 2004 and 2006, the recipient of the Semel Scholar Award for Junior Faculty Career Development in 2008 and received the Distinguished Alumnus Award from Pepperdine University in 2010. Dr. Laugeson has been a principal investigator and collaborator on a number of nationally funded studies investigating social skills training for youth with social difficulties from preschool to early adulthood and has authored four books related to social skills including the critically acclaimed, The Science of Making Friends.

As the developer of PEERS, Dr. Laugeson has trained tens of thousands of mental health professionals, educators, and families worldwide, and is dedicated to developing, testing, and disseminating evidence-based treatments to improve social skills for individuals across the lifespan and across the globe. As one of the only empirically supported and internationally recognized social skills programs for neurodivergent youth, her programs are currently used in over 150 countries and have been translated into over a dozen languages. Her work has been featured is numerous media outlets, including People Magazine, USA Today, the Washington Post, LA Times, New York Times, ABC, NBC, CBS, Fox, and the Netflix series, Love on the Spectrum. 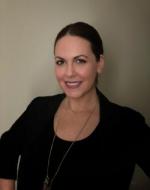 Shannon Bates, Psy.D. is a licensed clinical psychologist with a private practice in Los Angeles. Dr. Bates facilitates our parent/social coach groups across our preschool, teen, and young adult programs. She also leads PEERS Training Seminars for the adolescent, school-based, and young adult curricula. Dr. Bates was the UCLA PEERS Clinic Coordinator from 2010 to 2012, during which time she led teen, young adult, and parent/caregiver groups. She also co-led domestic and international PEERS Training Seminars alongside Dr. Laugeson. Dr. Bates obtained her undergraduate degree at Virginia Tech and her Psy.D. in Clinical Psychology from Pepperdine University. She completed her internship training at the VA Sepulveda Ambulatory Care Center and her postdoctoral fellowship at the VA Long Beach Healthcare System, where she specialized in the treatment of young adults and adults with severe mental illness, including trauma, chronic depression, addiction, suicidality, and self-harm. 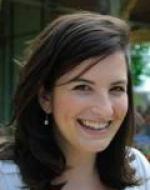 Leila Glass, Ph.D. is a licensed clinical neuropsychologist specializing in comprehensive, evidence-based assessment in private practice as well as serving as a clinical attending in the UCLA PEERS® Clinic. Dr. Glass is PEERS® certified and has experience working across preschool, adolescent, and young adult programs. Dr. Glass received her bachelor’s degree from the University of Pennsylvania and previously worked at the NIH as a trainee. She completed her Ph.D. in Clinical Psychology from the SDSU/UCSD Joint Doctoral Program in San Diego and completed her internship and postdoctoral training at the UCLA Semel Institute. In addition to her clinical work, Dr. Glass has been the recipient of several NIH grants and her research has focused on understanding the academic, behavioral, and cognitive outcomes associated with prenatal alcohol exposure, fetal alcohol spectrum disorders, and other developmental disabilities. Her primary interests lie in understanding individual neurobehavioral profiles to guide treatment planning for best outcomes. 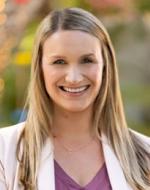 Deanna Dow, Ph.D. is a licensed clinical psychologist who facilitates the UCLA PEERS for Preschoolers Program. She is also the Founder and Clinical Director of Spectrum Psych LA, a private practice that specializes in working with children through adults with autism spectrum disorder (ASD), attention-deficit/hyperactivity disorder (ADHD), anxiety, and mood concerns through outpatient therapy, medication management, and assessment services. Dr. Dow has trained with the leading experts in ASD across the country, contributing to research in the field related to early detection and diagnosis of autism, parent-implemented treatment strategies, and co-occurring disorders including anxiety and depression. She obtained her undergraduate degree from the University of Michigan, completed post-baccalaureate training at the University of North Carolina, and earned her Ph.D. in Clinical Psychology from Florida State University. Dr. Dow completed her internship training and postdoctoral fellowship at the UCLA Semel Institute for Neuroscience and Human Behavior, where she worked in the Child and Adult Neurodevelopmental (CAN) Clinic, Parent Training Program, JASPER Baby Bears intervention study, Family STAR (Stress Trauma and Resilience) Clinic, ABC Child Partial Hospitalization Program, Adolescent Partial Hospitalization Program, and Resnick Neuropsychiatric Hospital Inpatient Service. 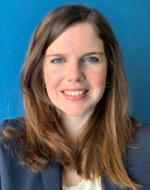 Christine Moody, Ph.D., is a licensed clinical psychologist and the Director of Research at the UCLA PEERS® Clinic. In her role, Dr. Moody facilitates many of our research efforts on the efficacy and implementation of the various PEERS® social skills programs. She also coordinates a large team of research assistants and contributes to the professional development of these aspiring clinicians and researchers in the field through various forms of mentorship. Dr. Moody is also a licensed clinical psychologist and serves as a group leader in our programs. Dr. Moody first joined the UCLA PEERS® team in 2018 and has experience in all of our groups, including the newer PEERS® for Careers and PEERS® for Dating research interventions. Outside of PEERS®, Dr. Moody leads the postsecondary education and employment initiatives at the UCLA Tarjan Center. Specifically, she is involved with multiple partnerships with the California Community College Chancellor's Office and California Department of Rehabilitation to support those serving young adults with developmental disabilities in these systems. She received her doctorate in clinical psychology from UCLA and has been working with youth and young adults with neurodevelopmental disorders and their families for over ten years. She completed her predoctoral clinical internship at St. John's Child and Family Development Center and her postdoctoral fellowship here at the UCLA Semel Institute for Neuroscience and Human Behavior in a split appointment between the PEERS® Clinic and UCLA TIES for Families, which provides mental health services for youth in foster care or who have been adopted from foster care. She is especially passionate about the importance of mental health, positive relationships, and bolstering systemic supports and awareness at all levels (e.g., families, schools, society) to promote positive outcomes.