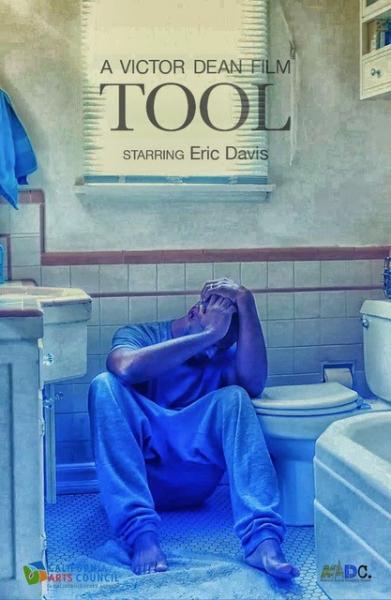 In 2013 I was a budding actor, writer and filmmaker when I suffered my first sudden cardiac arrest, and shortly thereafter, diagnosed with a debilitating heart condition that has rendered me permanently disabled. Since my diagnosis, continuing to pursue my talent in Hollywood has proven to be quite the challenge. Gratefully, with the help of the Arts and Accessibility Grant Program, I was able to shoot my first short film in nine years since becoming disabled. The short film, “TOOL”, chronicles the real-life struggles of a disabled man with a heart condition, a story that mirrors my own.

ARTIST STATEMENT:
I am a disabled black man living in America. I am also an actor and writer who moved to Los Angeles over a decade ago to pursue a dream, and it is the intersection of my disability and that dream that breeds Michael Tool.

Black men, in general, are marginalized in this society, can you imagine how diminished the perception of pride and self-worth of a disabled black man is? My landlord has more respect for my wife because of her paycheck stub, and people in our neighborhood perceive me as
“having it easy” because I am home during the day. It is exhausting having to explain to people how I am disabled when I don’t “look sick,” even though I have a device implanted in my chest and take 15 pills a day to stay alive. And yet, disability, pacemaker, medication, and social judging aside - I am still the black man pursuing his dream.

The genesis of Michael’s story is my story, and I hope to use it to provoke our society to think diﬀerently about all that comes with not only being “a” minority but also being “in the” opposition. Michael Tool was created to set the record straight and be a champion for the notion that having a disability could also mean that you have a super-power.

BIO/WORK EXPERIENCE:
Victor Dean is an actor and award-winning producer, writer and editor of various projects including "Chasing The Train”, “The Encounter”, and "The Weekend Update with Paul Mooney Jr.", a viral web series in which he starred, wrote and produced. The web series has garnered the attention of comedic heavyweights such as DL Hughley, Bill Bellamy, Walter Latham and Shaquille O'Neal. Victor worked in retail marketing in Atlanta, Georgia before moving to Los Angeles to fully pursue his talent as an actor and writer. Victor holds a BA in Corporate Finance from Morehouse College and studied in the MFA program at the University of South Carolina.

Wrote and Executive produce “The Encounter”