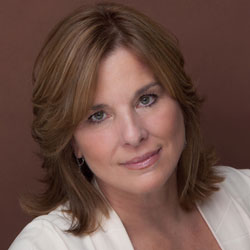 My project was a screenplay titled Autobiography of a Secret, and it was adapted from my memoir Mermaid, published by WW Norton in 2014. The Arts and Accessibility program allowed me to buy the software I needed to write my screenplay. It also helped me to pay for editorial services. This was my first screenplay, and it was a finalist at the San Francisco Indie Fest.

To give you some background on my writing, my memoir Mermaid was translated into three foreign languages, and it was one of O Magazine’s Best Memoirs of the Year. My first published essay was a cover story for The Washington Post Outlook section. I was awarded the Washington Writing Prize in fiction in 2008, and my essays and stories have appeared in the Los Angeles Times, The Daily Beast, The Hill and various literary magazines. I’ve been awarded a fellowship at the Vermont Studio Center. I am also a clinical psychologist, and I have served as an American Psychological Association Health Policy Fellow. I live in Los Angeles and sometimes perform with "The Moth."

My screenplay and memoir are about growing up in the 60s with a disability that was caused by a huge pharmaceutical catastrophe involving the drug thalidomide. Both provide an important historical context for understanding disability in America over many decades. They also cover the impact of disability on a family. The screenplay is centered more in early adulthood at a time when I had to figure out how to put myself through graduate school and make it on my own, while fighting with the insurance company over an artificial leg. At the same time, I was dating and contemplating marriage and a family, while trying to find out if my disability was caused by thalidomide. I did not know for many years whether my disability was caused by a genetic mutation or this drug, and if it was the drug it would not be passed on.

The Arts and Accessibility funding helped me to adapt the book to a screenplay. Since completing this screenplay, I have almost finished a novel titled Darlings of Paradise. I would also like to teach a course in creative writing with an emphasis on character development, particularly focusing on underrepresented populations.

I have acquired a film agent, who will submit my screenplay to various filmmakers. My novel will go to sale in 2019. And I have joined UCLA Family Medicine as a clinical psychologist.