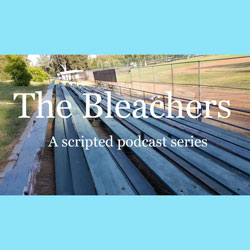 Getting funding to make this project enabled me to become WGA eligible, get into a mentorship program with Women in Animation, have a write-up in a Los Angeles-based magazine, get meetings with networks, and learn a new way to write for audio purposes. Plus, I learned sound design!

The grant that I received from NADC in 2018 enabled me to produce a scripted audio series that I had originally written for television. By producing this project, I experienced what it is like being a showrunner, directing voice actors, last minute re-casting, and my sound design skills increased with each episode. Most important, although I’m vision impaired, my writing was always visual. By making this TV script into an audio script, I noticed how every script can be adjusted so that blind audiences can enjoy TV without narration.

While my goal is to be a producer and writer of television, producing this series as a full audio production, with the goal of making it feel like television without the visual, was my plan, I applied to for WGA Signatory, which made me become eligible for the Writers Guild of Amercia. The project has been a calling card for me to get meetings and getting into mentorship programs. The majority of my produced work and writing had been on stage. This gave me an example to show over and over, a link to email or to reference to, so that people could see it in the present. I was accepted into the Women in Animation Mentor program for Development. I had a write-up in VoyageLA magazine, about creatives in Los Angeles. I have also had meetings with networks to discuss how they, too, can adjust scripts so that the blind audience can watch the same shows as the sighted and not be interrupted by audio description.

It wasn’t all easy, and some of the earlier episodes could be cleaned up, after I learned tips and tricks later in the series. Since I am not a sound designer and my audio skills were novice, I was learning as I went along. There was one actor whose audio file was somehow damaged when I saved it, and he lives far away. He re-recorded from his home, but although he had fancier equipment than me, with it being recorded on different microphones and rooms than the rest, it stood out like a sore thumb in that episode. I spent countless hours trying to get it to match the other characters in the scene. I finally had to accept it as it was. It taught me that regardless of quality, if not recorded in the exact same place and mics, it simply will not sound the same.

After producing this show, I am proud to say that it gave me the courage to produce and direct my first short film this past weekend! The Easterseals Disability Film Challenge is a 55-hour contest where at the first hour, they tell teams a genre, theme, and specific props that should appear in their film. Then the clock starts ticking. We started at 11 am Friday and uploaded it at 5:40 pm Sunday – just 10 minutes before the deadline. Whether if my film wins or not, I know I have produced and directed something that I created, and it’s one under my belt. Although…they do offer sweet rewards for the winning film.