Semel Institute for Neuroscience and Human Behavior
About 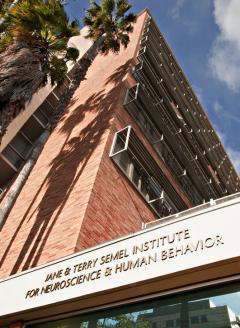 The UCLA Neuropsychiatric Institute (NPI) was founded in the post World War II era, as a research, education and treatment center with the mission to serve those citizens who suffer chronic psychiatric and neurological disease and behavioral disorder. Initially supported entirely by state funds from the California Department of Mental Hygiene, the Neuropsychiatric Institute, and the Hospital (NPH) that is integral to its provision of clinical care, opened their doors in 1961. Initially, the combined Neuropsychiatric Institute and Hospital, as implied in its name, oversaw two clinical departments, Psychiatry and Neurology, and two clinical services, Neurosurgery and Neuropathology and provided support for other disciplines germane to the study of severe mental illness including applied neuroscience, psychology and anthropology. In 1973 the NPI resources were transferred to the University and the Institute became part of the Health Sciences. Shortly thereafter the Department of Neurology became independent, although the faculty and teaching programs still receive some support through the NPI. 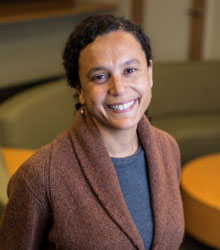 Helena Hansen, an MD, Ph.D. psychiatrist-anthropologist, is Professor and Interim Chair of Psychiatry and Biobehavioral Sciences at UCLA’s David Geffen School of Medicine and Interim Director of the Semel Institute for Neuroscience and Human Behavior. She is the author of three books: Addicted to Christ: Remaking Men in Puerto Rican Pentecostal Drug Ministries; Structural Competency in Medicine and Mental Health: A Case-Based Approach to Treating the Social Determinants of Health (with Jonathan Metzl); and Whiteout: How Racial Capitalism Changed the Color of Heroin in America (with Jules Netherland and David Herzberg, forthcoming). She has received numerous awards, including an honorary doctorate from Mount Sinai School of Medicine in New York, and election to the National Academy of Medicine.