Workouts appear to trigger ‘Miracle-Gro for the brain’ that restores connections between neurons, UCLA researchers find 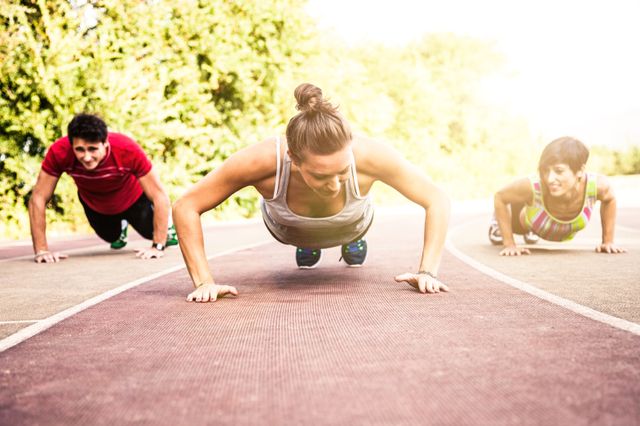 Some memory and cognition deficits associated with schizophrenia can be reversed with brain games. But UCLA research found that those benefits can be turbocharged with aerobic exercise.

In as little as a few months, antipsychotic medications can tame the delusions and hallucinations that characterize schizophrenia. But the medications do little to reverse the less familiar brain-based problems that accompany the illness.

Affecting memory, the speed at which the brain processes information, attention, problem-solving skills and emotional intelligence, these subtle but profound deficits can prove more crippling than schizophrenia’s more dramatic and better-known symptoms.

“They tend to be the things that lead people with schizophrenia to go on disability and to become unable to work and to be socially isolated,” said Keith Nuechterlein, a professor at UCLA’s Semel Institute for Neuroscience and Human Behavior. “Families go through a stage almost like mourning because their loved one changes so dramatically.”

Schizophrenia affects 1 percent of the population, and research has shown that computer-based brain games sometimes can reverse one-quarter to one-third of the deficits in the areas of memory, thinking skills and social cognition. But Nuechterlein and a team of researchers at a free schizophrenia clinic at UCLA are finding that those benefits increase dramatically if they are turbocharged with aerobic exercise.

“It’s looking like exercising the body along with the mind has the potential to alter the course of schizophrenia, especially if the treatment is applied early in the disorder,” said Joe Ventura, a senior research psychologist at the Semel Institute.

In the current issue of Schizophrenia Bulletin, Nuechterlein reports findings from a recent pilot study conducted at UCLA’s Aftercare Research Program, which assesses and treats people who have schizophrenia and conducts research on the disease. Preliminary findings from a second, ongoing study were presented April 2 to 6 at the biennial meeting of the Schizophrenia International Research Society by Nuechterlein, Ventura and Sarah McEwen, an assistant research psychologist who serves as the program’s director of exercise. The National Institute of Mental Health funded both studies.

In the initial study, which lasted 10 weeks, Nuechterlein and his colleagues treated 16 young adults who had recently experienced their first schizophrenic episode. Nine participated in a computerized course of four hours a week of neurocognitive training for perception and memory skills for five weeks and then four hours a week of social cognitive training for emotional intelligence for five weeks. The other seven took the same computer training and added four sessions a week of aerobic exercise for a weekly total of 150 minutes. Study participants wore monitors to ensure that they exercised in their target aerobic zone.

Over the course of the study, the cognitive performance of study participants who only completed brain training did not budge. But those who participated in physical exercise improved significantly.

One test measured how quickly the individual could finish a complicated dot-to-dot drawing, and the average completion time for those who exercised improved from 37 to 25 seconds. (People of the same age without schizophrenia complete the assignment in an average 22 seconds.) On another test, which measures people’s challenges in managing their emotions in social situations, the participants who exercised cut the level of such problems in half.

In the second study, which lasted six months, 32 people who had just experienced their first episode of schizophrenia trained for four hours a week with the same computer-based brain games as in the pilot study. Half vigorously exercised in addition to participating in the mental training. The researchers expected to see improvements among the exercise participants, but they were surprised by the magnitude of the results. Among those who exercised, performance on a whole battery of cognitive tests improved three times more than among those who did not do so.

The researchers say the improvements are due to a brain protein called brain-derived neurotrophic growth factor, which is released during aerobic exercise. A kind of Miracle-Gro for the brain, BDNF stimulates the hippocampus — the brain’s center of learning and long-term memory — to sprout new neurons, and it increases connections between neurons. Those connections are where learning occurs and memories form.

“In adolescence, all humans lose a certain number of connections between neurons, as the brain prunes redundant or less useful synapses,” Nuechterlein explained. “In schizophrenia, the process goes awry, pruning needed as well as unnecessary connections, so important connections are deleted.”

McEwen said that in the second study, the amount of BDNF increased 35 percent in the group that had participated in both cognitive training and exercise — and half of that increase occurred within the first two weeks of the study. In contrast, BDNF levels did not change among those who only received cognitive training.

Researchers believe that helping people with schizophrenia as soon as possible after their first psychotic breakdown is most effective because those in the early stages of disease are more able to make long-lasting improvements.

“Our hope is to prevent the chronic disability that is so common in schizophrenia from ever occurring, and to return individuals with schizophrenia to regular employment, regular schooling and normal friendship patterns, and to have them resume as much of a full life as possible,” Nuechterlein said. “This kind of computer training and exercise — in combination with antipsychotic medication — might go a long way toward doing that.”