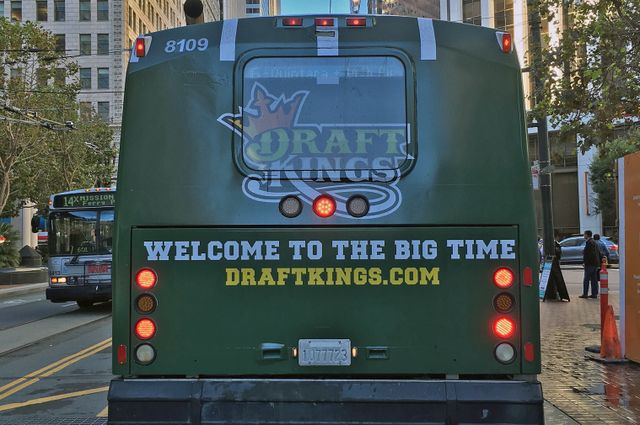 Dr. Timothy Fong is a psychiatrist and director of the UCLA Gambling Studies program, which is part of the Semel Institute for Neuroscience and Human Behavior. This op-ed appeared April 4 on Zócalo Public Square.

Tonight’s NCAA men’s basketball championship will also crown the champion in millions of fantasy pools. As the nation gets ready for the excitement or frustration that this game will bring, let me tell you about my firsthand experience with fantasy sports — which I not only play, but also study. Fantasy sports are a type of online game where people assemble virtual teams of real-life players and compete against other virtual teams based on statistical performances. While money’s often involved, these games are not technically seen as gambling in the eyes of the federal and most state governments. But to me, an addiction psychiatrist who co-directs UCLA’s Gambling Studies Program, in some cases, it has become harder to tell the difference.

Last year, roughly 50 million people in North America played fantasy sports. I was one of them, and spent all Thanksgiving playing daily fantasy football. My son and I opened an account on one of two major companies that organize daily fantasy sports — a fast-paced and hugely popular version of fantasy sports that squeezes online competition into a single day as opposed to an entire season. An entry fee of $50 allowed me to assemble a team of NFL players and pit them against the roster of another anonymous user. The website compared our players’ stats side-by-side in real-time, and awarded $90 ($50 from him, $50 from me, and $10 to the website) to the team that had the most points at the end of the day’s games.

My desire to win surprised me. While football would typically be on my home’s television on a holiday, it would be in the background. This year, I made sure that our plans for the day included time for me to watch games. Every time one of my players did well, I felt a rush of excitement. Every time one of my opponent’s players did well, I felt a pang of frustration. As the games were winding down and it became clear that I would lose my $50, I felt unsatisfied — not at the idea of losing money, but at the idea of losing to someone I didn’t know.

This daily version of fantasy sports rapidly emerged in American popular culture last year, in part because of a $250 million push in advertising. The companies, which include DraftKings and FanDuel, aren’t regulated like traditional forms of gambling, and the companies argue that they shouldn’t be, on the grounds that they’re games of skill. But in recent months, attorneys general in states that are home to some of daily fantasy’s largest markets, including Texas and New York, have made moves to classify daily fantasy sports as gambling, arguing that they’re actually games of chance. The result has been a national debate over how, if at all, fantasy play should be categorized.

In the week after Thanksgiving, I went back to play a second round of games because I had money leftover in my account. I played against another faceless avatar, and lost with similar frustration. I realized this time that any success I had entirely hinged on luck, mainly because opponents don’t see each other’s player selections before competition begins. In my case, my opponent and I coincidentally had chosen almost the exact same roster. (Had I been able to see his roster ahead of time, I would have picked other players.) He won because his tight end happened to catch a touchdown and mine did not. As far as I can tell, this wasn’t due to some statistical advantage that he took advantage of. He just lucked into picking the right guy on the right day.

The season-long version of fantasy sports never feels this random. Those games are measured, nuanced, and definitive, and the winner earns victory by outlasting and outmaneuvering the rest of the league. I’ve played season-long fantasy sports for more than 20 years. There are nine people in my baseball league, and it’s always the same three who fight for the top and the same three who don’t pay attention and finish at the bottom. The three who win consistently do research and spend time scouting and analyzing data. They pay attention to injuries, make good trades, and position themselves to take advantage of opportunities.

In daily fantasy sports, players wager money on an event of uncertain outcome in the hopes of winning more money. That feels like gambling, because that’s the essence of the gambling experience. The layouts of daily fantasy sports websites look exactly like online poker and Internet sports gambling websites, with slick graphics, lots of information, and tantalizing promises of big wins. Browsing the sites feels like browsing an Internet casino or reading the betting board in a Las Vegas sportsbook.

Gambling is meant to be recreation. And for the vast majority of people who do it, it’s simply that: a diversion, an escape. I remember the first bet I ever made, a $20 wager that the Chicago Cubs would win the 1993 World Series. I lost, but it imprinted in me the experience that most gamblers have throughout a wager — the anticipation, the excitement, the optimism, the denial, and ultimately the acceptance of defeat. Gambling disorder, meanwhile, is a psychiatric condition that affects 2 percent of the population. It’s characterized by addiction: continued gambling despite harmful consequences, even after defeat. Similar to alcohol or drug addiction, it can be devastating financially, socially and psychologically. And gambling is often more readily available.

Daily fantasy sports websites are anonymous, easy to access, and even easier to hide. Anyone could place thousands of dollars at risk with a click of the mouse, and no one close to them would know. This is where the risk to develop addiction is highest. There is no maximum amount of money to be lost, and there are no consumer protections like there would be inside brick-and-mortar casinos. Without regulation and oversight, who’s to say that faceless avatar I played was an actual real person and not a preprogrammed piece of software?

Today, my daily fantasy sports account is still active. It sits at $49, with enticements like “deposit more” and “get back in the game.” Every once in a while, I’ll log onto it to see what type of games are being offered. But the draw for me to play is low. I know I won’t enjoy the experience. Besides, the NFL season is over and I need to get my fantasy baseball team in order.