Study by Dr. Helen Lavretsky named among top 10 in psychiatry in 2015 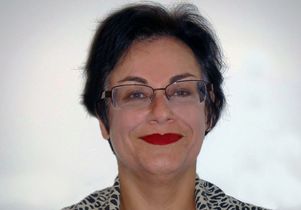 A study by Semel Institute researcher Dr. Helen Lavretsky on the treatment of depression in the elderly has been selected by a New England Journal of Medicine (NEJM)-affiliated newsletter as one of the top 10 studies in psychiatry in 2015.

Published in the June issue of the American Journal of Psychiatry, Lavretsky’s study found that combining the stimulant Ritalin with the antidepressant Celexa was more effective for treating depression in the elderly than an antidepressant alone or Ritalin alone. In fact, most patients who responded to the combination achieved remission in the first month and tolerated the treatment well, reported Lavretsky, a professor of psychiatry and director of the Late-Life Depression, Stress and Wellness Research program at the Semel Institute.

In announcing the study's selection to its top 10 list, NEJM Journal Watch Psychiatry said the findings belonged to a select group in 2015 that “could change a clinician's practice.” Titled“Citalopram, Methylphenidate, or Their Combination in Geriatric Depression: A Randomized, Double-Blind, Placebo-Controlled Trial,” Lavretsky’s study was chosen by six editors from among 200 summaries published last year in the monthly newsletter and companion website, which posts highlights from 71 leading journals that publish findings in neuroscience. NEJM Journal Watch Psychiatry is one of 12 specialized blogs published by the same group as the New England Journal of Medicine but it is editorially independent.

As a geriatric psychiatrist, Lavretsky specializes in geriatric depression and integrative mental health using mind-body interventions. She is the author of the 2014 book “Resilience and Aging” (Johns Hopkins University Press) and the editor of the  forthcoming book “Complementary and Integrative Therapies for Mental Health and Aging” (Oxford University Press). She is a past recipient of the National Institutes of Mental Health’s Career Development award as well as other prestigious research awards.