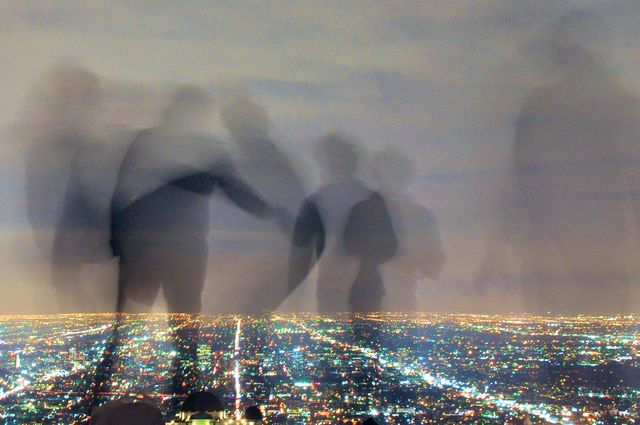 UCLA researchers are looking for genetic mutations associated with schizophrenia, a mental illness characterized by hallucinations.

Anew study by UCLA scientists adds to the understanding of the genetic architecture of schizophrenia.

Past research has shown the impact of commonly occurring genetic variants on a person’s risk of developing schizophrenia. This new study focused instead on rare coding mutations that affect protein function. It found that people with schizophrenia have a higher-than-normal share of these mutations.

“While we cannot point to specific mutations that play a causal role in schizophrenia, we show that schizophrenia patients collectively have more of these mutations than unaffected individuals,” said Loes Olde Loohuis, the study’s first author and a postdoctoral fellow at UCLA’s Center for Neurobehavioral Genetics. The center is part of the university’s Jane and Terry Semel Institute for Neuroscience and Human Behavior.

The findings are reported in the July 15 edition of Nature Communications.

“Genes that are affected by these mutations play a key role in fetal brain development,” said Roel Ophoff, the study’s senior author and a principal investigator at the Center for Neurobehavioral Genetics. “Our finding further supports the hypothesis that schizophrenia is a disorder that may originate during the early stages of brain development.”

A professor of psychiatry and human genetics, Ophoff has conducted research on the genetic basis of schizophrenia for the past decade. He is also one of the founding members of the Psychiatric Genomics Consortium’s schizophrenia study group. The consortium is an international collaboration of researchers investigating the genetics of schizophrenia and related disorders.

Schizophrenia affects some 2 million to 3 million people in the U.S. — about 1 percent of the population. It is characterized by hallucinations, delusions and disorganization, and can take a tremendous toll on patients and their families. Schizophrenia can cause a significant loss in quality of life, including unemployment and estrangement from loved ones. A better understanding of the causes of the disease may lead to better options for treating it.

“Even though it’s well-known that schizophrenia has a large genetic component, the specific biological mechanisms at work are not well understood,” Ophoff said. “Our research shows that rare coding variants throughout the human genome also contribute to this complex genetic architecture.”

The study’s other UCLA-affiliated authors were Rita Cantor, professor in residence in human genetics; Anil Ori, staff researcher at the Center for Neurobehavioral Genetics; and Kim Staats, postdoctoral scholar at the Semel Institute. The team also included researchers from University Medical Center Utrecht, in the Netherlands; and the MRC Centre for Psychiatric Genetics and Genomics at Cardiff University, in Wales.

The study was funded by the National Institute of Mental Health.