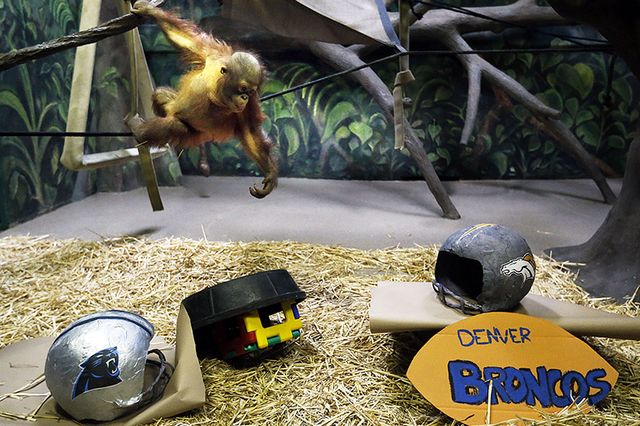 Betting on the Super Bowl is such a big deal that even places like zoos get in on the action. In Salt Lake City, Utah, Tuah the orangutan selected the Carolina Panthers to beat the Denver Broncos.

More than 110 million Americans are expected to watch the Carolina Panthers play the Denver Broncos in Super Bowl 50 on Sunday. Among those watching will be millions of people who have placed at least some money on some part of the game —from office pools to which teams wins the coin toss to how much cleavage Beyoncé will reveal at halftime. The Los Angeles Times reported that the American Gaming Association estimates people will wager at least $4.2 billion on the game.

UCLA Newsroom interviewed Dr. Timothy Fong, a psychiatrist and director of the UCLA Gambling Studies program which is part of the Semel Institute for Neuroscience and Human Behavior, about why people gamble on sports and big events like the Super Bowl.

What are the clinical reasons why people gamble?
People gamble for many reasons — the most obvious one is to make money, but there are others that stand out, including gambling for entertainment, competition, escape or to relieve boredom. Similar to alcohol or drugs, many gamblers start because gambling either made them feel normal or made them feel euphoric.

What makes betting on big events like the Super Bowl so alluring for gamblers? Even for non-gamblers who participate in office pools around sport events or even the Oscars?
The Super Bowl is the single most, wagered-upon sporting event in the world because, in part, the day has become a spectacle and a cultural holiday. With so much attention drawn to the event, gambling becomes a natural part of the day and parties to keep the “action” going. Gamblers see the Super Bowl as the final betting opportunity for the football season and seek to close out the betting season on a high note. The Super Bowl also happens to be an event for which oddsmakers create numerous betting propositions (e.g., betting on the coin toss) that, when publicized, generates a lot more “buzz” about the game.

For non-football fans and non-gamblers, betting on the Super Bowl occurs because it’s a community event, an opportunity to keep interested in the game and the outcome. It is a five-hour, national escape where gambling can make parties and gatherings more interesting and entertaining.

Can participating in activities like office pools around the Super Bowl or the NCAA tournament function as a “gateway drug” for gambling?
There is no evidence that office-pool gambling will trigger or unleash a gambling addiction, formerly known as gambling disorder. People do not become addicted to gambling overnight, and single bets with peers, friends and coworkers usually are not large or risky wagers that create significant harm if lost. For those who already have a pre-existing gambling disorder, participation in office pools for money does represent a potential for relapse or could signal a return to more harmful gambling behaviors. 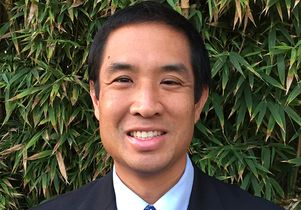 Where does sports betting rank in terms of popularity compared to other forms of gambling, for example, in casinos or lotteries?
Sports betting comes in a variety of forms in the United States, including wagering at casino sportsbooks, playing office pools or fantasy sports (daily and season long). Sports betting is legally available in far fewer states than casinos and lotteries, but it’s a popular form of gambling. In Nevada, where sportsbooks are legal, approximately $4 billion is wagered annually. Although this is an enormous number, sports betting generates a very small percentage, approximately 1 to 2 percent, of the total gaming revenue of casinos.

Among the different sports people can bet on, is football the most popular with gamblers?
In the United States, college and professional football is consistently the most popular sport bet on. Nearly 40 percent of the total amount of money wagered in Las Vegas sportsbooks is on football — a trend that has held over the last 20 years.

Why is betting on something like fantasy football perceived as more socially acceptable than other forms of gambling?
Fantasy football has been around for the last 15 years and was born as a household game played among friends and family. However, fantasy football has not been regulated like other forms of gambling, which gives an aura that it’s not gambling and is something different. As fantasy football grew in popularity over the last 15 years, it retained a sense of acceptability and approvability because it was not managed by traditional gambling operators. Nor was it regulated by the state, and many leagues played for fun and pride, not money.

Does betting on sports have the same potential to lead to a gambling addiction as playing table games at casinos, which would seem to have more immediate gratification for winners?
Any form of gambling can lead to the development of gambling addiction. Some research has suggested that slot machines and video poker machines might be more risky in developing gambling addiction, but this has not been confirmed. Sports betting can lead to gambling disorder just as quickly or intensely as table games, in part, because of the sheer number of betting opportunities that exist in casinos and online.

What are the signs that someone’s gambling is becoming a problem?
Gambling addiction is characterized by continued gambling despite harmful consequences. There are many different possible warning signs that gambling has become a problem, with the most common ones being lying about gambling, not being able to stop or control gambling, spending excessive amounts of time gambling and being preoccupied by gambling. For anyone seeking a consultation or an expert opinion about whether gambling is becoming a problem, California has a no-cost, statewide treatment program that can be accessed by calling 1-800-GAMBLER.

What are misperceptions people have about gambling and the odds?
One of the psychological draws to gambling is the natural human drive to control future events and to believe that one can turn uncertainty into certainty. Psychologically, people want to believe that they can “beat the odds,” which would mean that they have special skills or are preordained to win. The odds in all forms of gambling remain static and fixed, but people will employ any number of superstitions or betting systems in an attempt to defy these odds. As an example, the gambler’s fallacy is the mistaken belief that, if something happens more frequently than normal during some period, it will happen less frequently in the future (e.g., “black has come up five times in a row, therefore red is due to come up.”). This fallacy holds for social gamblers as well as those with gambling addiction.