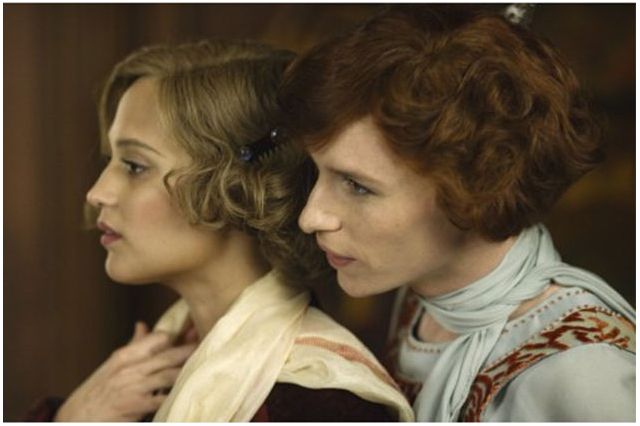 Eddie Redmayne (right) portrays Lili Elbe, who was born a man and later married Gerda Gottlieb, played by Alicia Vikander (left). In the 1930s, Elbe underwent a series of sex-change surgeries at a time when only a few specialist sexologists knew anything about this condition. 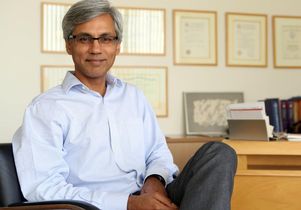 As an associate clinical professor in UCLA’s Semel Institute of Neuroscience and Human Behavior, Dr. Vernon Rosario teaches medical students, psychiatry residents and child psychiatry fellows about the mental health issues of lesbian, gay, bisexual and transgender patients. He is also a historian of psychiatry who specializes in the history of sexuality. So he was eager to see “The Danish Girl,” a biopic now showing in movie theaters about one of the first individuals to undergo a sex change. The film is directed by Tom Hooper, who won an Oscar for “The King’s Speech.” In this Q&A, Rosario, who is also a child psychiatrist with the Los Angeles County Department of Mental Health, shared with writer Meg Sullivan what impressed him about the movie and what the filmmakers did and didn’t get right.

What’s the movie about?
“The Danish Girl” is a wonderful adaptation of David Ebershoff’s novel of the same name. Ebershoff wrote a fictionalized adaptation of “Man into Woman: The First Sex Change,” a real-life account of what happened to Lili Elbe, based on her diaries. Elbe was born a man, Einar Wegener, in Vejle, Denmark, in 1882. He was a talented painter and met his future wife, Gerda Gottlieb, in art school. They married in 1904 and created illustrations for magazines and books, with Einar specializing in landscapes and Gerda in portraits. When one of Gerda’s female models cancelled for a sitting, the lithe 26-year-old Einar took her place, setting into motion a series of events that culminated in Einar undergoing what is portrayed as the world’s first sex “transformation” surgeries. The process began in 1930 with the removal of his testes. Other surgeries were performed over the next two years: an ovary implant, penis and scrotum removal, uterus implant and a vaginoplasty. The surgeries were all done before the development of immunosuppressive therapy for organ transplants. So sadly, it’s not surprising that Lili died after the attempted uterus transplant, which would have triggered a huge rejection reaction.

What elements of the movie struck you as particularly accurate?
I was especially touched by Academy Award-winning actor Eddie Redmayne’s portrayal of Lili’s emerging psycho-sexual persona. There are playful, joyful moments. There’s profound confusion. There’s utter dread and despair. Although today there is so much positive public attention given to individuals as they come into awareness of their gender-variant feelings, it is still often a tumultuous journey, filled with uncertainty, ambivalence and self-exploration.

Was there anything you’d like to have seen reflected in the film that wasn’t?
I wish the movie had included German sexologist Magnus Hirschfeld. In 1929, he approved Lili’s first operations to become a woman. He really was a pioneer in sexology and the first physician to publically identify himself as homosexual.

Where does the movie miss the mark from a historical perspective?
Although Lili claims to be the first person to undergo sex “transformation” surgery, that’s not entirely accurate. Since the 1910s, Hirschfeld had been referring patients with “sex transformation desire” for highly experimental surgeries. So really Germany, not Denmark, was the center for the assessment and treatment of what emerges as transsexualism. However, Denmark would reenter the spotlight 20 years later with the international sensation that was Christine Jorgensen. A Danish-American World War II GI, she underwent her first sex reassignment surgery in Copenhagen in 1951. Upon her return to the U.S., the world press sensationalized her case as the first “sex change.” Other factual liberties in “The Danish Girl” include compressing Lili’s multiple surgeries into just two. Redmayne still looks like a gorgeous 30-year-old in the movie, whereas Lili was almost 50 when she died. These discrepancies aside, I hope the movie will prompt many people to learn more about Lili and the history of transsexualism.

Was there one performance in the film that impressed you?
I was touched by Alicia Vikander’s portrayal of Gerda, who was an astonishing woman in her own right. She was an award-winning, financially successful artist and a liberated “new woman.” Her support for Lili (if at times painfully ambivalent) was amazing. I’ve seen many couples for therapy in exactly the same situation. It can be just as wrenching for a loving spouse to stand by as their partner transitions. They mourn the loss of their husband or wife and have to adjust to a different sexuality. Vikander is wonderful at portraying these mixed emotions.

Briefly stated, how has the situation portrayed in the movie changed since the 1920s?
It’s a completely different world!  In the 1910s, Lili’s condition was unknown outside of a small circle of specialist sexologists. Hirschfeld coined the term “transvestite” in 1910, so Lili, and even Jorgensen, would have been officially diagnosed as “homosexual transvestites” or “extreme transvestites.” The term “transsexual” emerged in the 1950s, and sex reassignment begins to gain some legitimacy, thanks to Jorgensen’s successful transition. Obviously, treatments have evolved from what were deadly procedures in the 1930s. Since the 1990s there has been greater public sympathy for transgender people. Their presence in popular culture has blossomed just in the past couple of years.

How would you grade this movie based on what you know about the subject?
I’d give it an A- if only because of the pacing, the conventionality of the story-telling, and the gorgeous costumes and sets that, at times, draw attention away from the psychological intensity. Overall, the movie does a terrific job of tackling the history of psychiatry and sexology from the turn of the century while exquisitely portraying the psychological turmoil and evolution of an individual grappling with a non-conventional gender and sexuality.