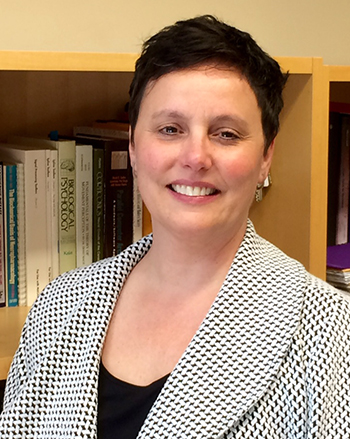 UCLA researchers have discovered that people with Parkinson’s disease have a form of impaired decision-making that may be a major contributor to the movement problems that characterize the disease. The finding suggests that the neurological factors underlying Parkinson’s, which currently affects nearly 1 million people in the United States, may be more complex than commonly believed. The study also could pave the way for strategies to detect Parkinson’s earlier in its course.

Publishing in the June 16 issue of the journal Current Biology, the UCLA-led team found that, compared to healthy individuals, people with early-stage Parkinson’s have difficulty with perceptual decision-making only when the sensory information before them is weak enough that they must draw on prior experiences. When the sensory information is strong, individuals with Parkinson’s are able to make decisions as well as people who are healthy.

The finding may help explain a well-known phenomenon associated with Parkinson’s, called paradoxical movement, in which people with the disease – often even while medicated with dopamine therapy – have difficulty initiating walking. Typically, these people have a shuffling gait, along with stooped posture. But when the same people are assisted by strong sensory information, such as horizontal lines drawn on the floor for them to step over, their walking and gait are significantly improved.

“This tells us that the problem for people with Parkinson’s disease is not walking per se, but rather in generating the walking pattern without the assistance of sensory information,” said study senior author Michele Basso, a professor in UCLA’s Semel Institute for Neuroscience and Human Behavior and the department of neurobiology in the David Geffen School of Medicine at UCLA and director of the Fuster Laboratory of Cognitive Neuroscience in the Semel Institute. “The patients with Parkinson’s disease in our study were impaired only when they had to rely on memory information to guide their actions. We believe this fundamental problem of decision-making in the absence of sufficient sensory information may be what is underlying some of the movement disorder symptoms.”

In making perceptual decisions, people integrate memory information with the sensory information before them. For example, when people are contemplating crossing a street when a car is headed their way from a distance, they use past experience to help determine whether they have sufficient time to proceed safely. Sometimes the current information is so clear that relying on prior experiences is not necessary, but when that current information is ambiguous, it becomes more important to draw on memories.

Building on nearly two decades’ worth of findings by Basso and other researchers on the neurophysiological underpinnings of decision-making in monkeys, the UCLA team conducted decision-making experiments with a dozen early-stage Parkinson’s disease patients and a comparison group of healthy individuals. The task involved making decisions about visual information that was more or less ambiguous, requiring the participants to draw on memories of similar previous experiences. In those cases, the patients with Parkinson’s disease had trouble integrating the information from memory and making a decision, even when verbally instructed by the research team.

The discovery by the UCLA team adds to a growing body of evidence that is beginning to redefine how researchers view Parkinson’s. The disease has no cure, although medication or surgery can relieve symptoms to a certain extent.

“Parkinson’s disease has long been seen as purely a motor problem, limited mostly to a section of the brain called the basal ganglia and a neurotransmitter called dopamine that is not produced at sufficient levels,” Basso said.

But she noted that the patients in the UCLA study were in the early stages of the disease and on medication to normalize dopamine production. Moreover, preliminary results from Basso’s group show that the decision-making impairment related to memory seems unaffected by medication in early-stage patients with Parkinson’s disease.

“The field is realizing that Parkinson’s disease is a multisystem disease that probably involves many brain areas and neurotransmitter systems,” Basso said. “Our finding suggests that the dysfunction we uncovered may actually be unrelated to dopamine. New efforts by us and others are geared at finding out which other brain areas and neurotransmitters are involved, and how.”

Given that all of the patients in the UCLA study were in the early stage of the disease but still showed the decision-making dysfunction, Basso and her colleagues also hope to build on the discovery to identify a biological marker for early-stage Parkinson’s disease. Detecting and treating the disease earlier would be an important strategy, given that by the time patients begin to express motor symptoms, a significant amount of damage has already been done to the brain.

The next steps for the UCLA team are to perform imaging experiments in both healthy people and patients with Parkinson’s disease to determine the neurological factors involved in the decision-making dysfunction.

The study was funded by the Dana Foundation and the National Eye Institute. In addition to Basso, other study authors included Alessandra Perugini, a postdoctoral fellow in Basso’s laboratory; and Jochen Ditterich, an associate professor in the Center for Neuroscience and department of neurobiology, physiology and behavior at UC Davis.