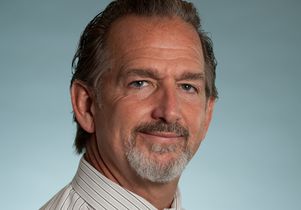 Dr. James McCracken, the Campbell Professor of Child Psychiatry and director of the Division of Child and Adolescent Psychiatry at UCLA's Semel Institute and Resnick Neuropsychiatric Hospital, is the 2015 recipient of the American Psychiatric Association’s highest honor for research in child and adolescent psychiatry.

The Blanche F. Ittleson Award recognizes outstanding published research in child and adolescent psychiatry that has resulted in, or promises to lead to, a significant advance in promoting the mental health of children.

In announcing the selection, Dr. Saul Levin, CEO and medical director of the American Psychiatric Association, cited McCracken’s “demonstrated leadership and exceptional achievements in the field of psychiatry.”

McCracken has been called the nation’s leader in the application of pharmacogenetics —  the study of inherited genetic differences that affect how an individual responds to specific drugs —  to psychiatric conditions that affect youth. His research has led to improvements in treatments for young people with attention deficit hyperactivity disorder, autism, obsessive-compulsive disorder and anxiety disorders.

His achievements include leading the UCLA portion of clinical trials for the first FDA-approved medicine for children with autism and severe irritability.

Currently, McCracken is coordinating a national network of researchers as the principal investigator on a $9-million grant from National Institute of Mental Health devoted to fast-tracking studies of promising drugs to address the core deficits that underlie autism spectrum disorders.

The work “could yield exciting developments for our field as we embrace the goals of personalizing care for children with medical disorders,” said Dr. Andrew T. Russell, a UCLA professor emeritus of psychiatry who nominated McCracken for the award.

McCracken received the Ittleson award May 19 at the American Psychiatric Association’s annual meeting, which was held this year in Toronto.

The award, which comes with a $2,000 prize, is funded by a grant from the Ittleson Foundation, a philanthropic organization with special interest in the mental, physical and social well-being of children. It was established in honor of Blanche F. Ittleson, a pioneer in the treatment and vocational training of individuals with developmental disabilities and emotional disturbances.