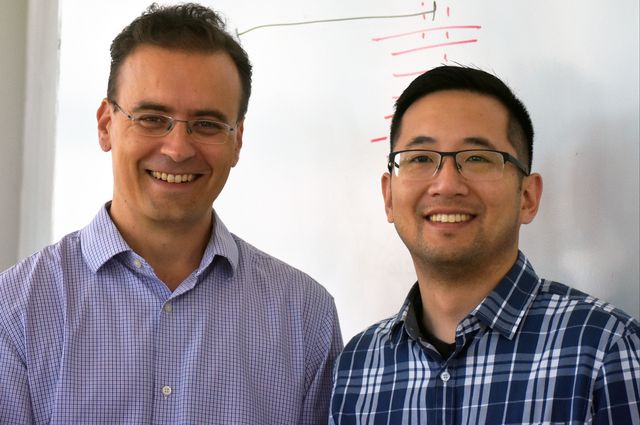 An international team led by researchers from UCLA and Massachusetts General Hospital has identified the first definitive genes associated with Tourette syndrome, giving scientists a long-sought foothold on the biology of the disease.

The report in the June 21 issue of Neuron describes the discovery of rare mutations — either deletions or duplications of genetic material — in two neurodevelopmental genes, NRXN1 and CNTN6, in people with Tourette syndrome, a disorder characterized by multiple chronic, involuntary motor and vocal tics.

“This is a first, key step in understanding the role of these genes in the disease process and ultimately in pointing the field toward possible therapeutic strategies,” said Dr. Giovanni Coppola, a professor of psychiatry and neurology at UCLA’s Semel Institute for Neuroscience and Human Behavior, and the study’s co-senior author. “All of us in the field have been trying to understand which genes increase the risk of disease.”

Previous research has shown Tourette syndrome has a clear genetic component. But genetic risk appears to be very complex, possibly involving different genes in different individuals. Several small studies have identified genes that appear to contribute to Tourette syndrome risk, Coppola said, but none of them met the statistical threshold of significance.

The finding is also relevant to other neuropsychiatric disorders. More than 85 percent of people with Tourette syndrome have attention deficit hyperactivity disorder or obsessive-compulsive disorder, or elevated risk for mood, anxiety, major depressive and autism spectrum disorders. Next, scientists plan to study cells from people with these rare genetic variants to understand more precisely how they are involved in these diseases.

“Tourette syndrome has long been considered a model disorder to study the parts of the brain that function at the intersection of our traditional concepts of neurology and psychiatry,” said Dr. Jeremiah Scharf of the psychiatric and neurodevelopmental genetics unit in the Massachusetts General Hospital departments of psychiatry and neurology and co-senior author. “Identifying additional genes will give us additional points on the map to let us focus in on exactly which cells in the brain are not functioning correctly at which specific times.”

John Miller, president and CEO of the Tourette Association of America, which provided support for the study, called the identification of the two genes “an enormous step forward.” “We congratulate our colleagues on this important discovery and on the real progress it means for individuals with Tourette.”

The study’s first author is Alden Huang, a doctoral student in the UCLA bioinformatics program. Additional co-senior authors of the study are Dr. Carol Mathews of the University of Florida and Peristera Paschou of Purdue University. Other support for the study came from the National Institute of Neurologic Disorders and Stroke grants U01 NS040024, K02 NS085048, P30 NS062691 (Informatics Center for Neurogenetics and Neurogenomics, ICNN) and NS016648; National Institute of Mental Health grants K23 MH085057 and MH096767; and American Recovery and Reinvestment Act grant NS040024-07S.

Coppola said that he is especially grateful to patients who agreed to be part of the study. As a neurologist in Italy, where he trained, people volunteering for genetic studies would ask him, “What is the possible outcome of this?” and he would say, “Most likely, nothing.”

Now, with this study’s results, Coppola can point to a success story: “Next time your doctor asks you to give your DNA for testing, and tells you chances are dim for the result being relevant, keep in mind — sometimes it works. And the more people enrolled, the better it works.”