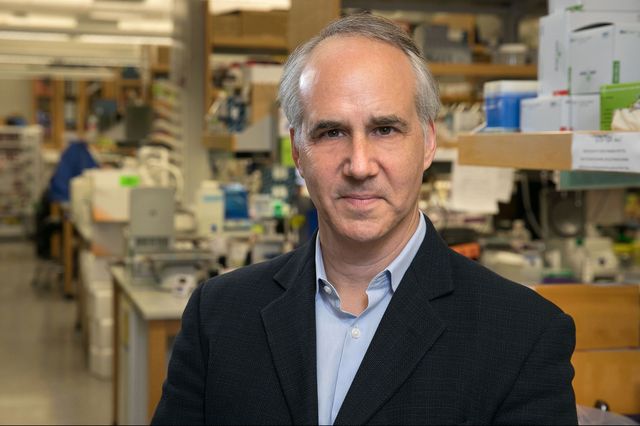 Most medical disorders have well-defined physical characteristics seen in tissues, organs and bodily fluids. Psychiatric disorders, in contrast, are not defined by such pathology, but rather by behavior.

A UCLA-led study, published in Science, has found that autism, schizophrenia and bipolar disorder share some physical characteristics — and important differences — at the molecular level, specifically, patterns of gene expression in the brain. Gene expression is the process by which instructions in DNA are converted into a product, such as a protein.

“These findings provide a molecular, pathological signature of these disorders, which is a large step forward,” said senior author Daniel Geschwind, a distinguished professor of neurology, psychiatry and human genetics and director of the UCLA Center for Autism Research and Treatment. “The major challenge now is to understand how these changes arose.”

Researchers know that certain variations in genetic material put people at risk for psychiatric disorders, but DNA alone doesn’t tell the whole story. Every cell in the body contains the same DNA; RNA molecules, on the other hand, play a role in gene expression in different parts of the body, by “reading” the instructions contained within DNA.

Geschwind and the study’s lead author, Michael Gandal, reasoned that taking a close look at the RNA in human brain tissue would provide a molecular profile of these psychiatric disorders. Gandal is an assistant professor of psychiatry and biobehavioral sciences at UCLA.

Researchers analyzed the RNA in 700 tissue samples from the brains of deceased subjects who had autism, schizophrenia, bipolar disorder, major depressive disorder or alcohol abuse disorder, comparing them to samples from brains without psychiatric disorders.

The molecular pathology showed significant overlap between distinct disorders, such as autism and schizophrenia, but also specificity, with major depression showing molecular changes not seen in the other disorders.

“We show that these molecular changes in the brain are connected to underlying genetic causes, but we don’t yet understand the mechanisms by which these genetic factors would lead to these changes,” Geschwind said. “So, although now we have some understanding of causes, and this new work shows the consequences, we now have to understand the mechanisms by which this comes about, so as to develop the ability to change these outcomes.”

In addition to Geschwind and Gandal, the study’s authors are Jillian Haney, Neelroop Parikshak, Virpi Leppa, Gokul Ramaswami, Chris Hartl and Steve Horvath, all of UCLA; Andrew Schork, Vivek Appadurai, Alfonso Buil and Thomas Werge, all of the Institute of Biological Psychiatry, Mental Health Services Copenhagen in Denmark; Chunyu Liu of the University of Illinois at Chicago; Kevin White of the University of Chicago; the CommonMind Consortium; the PsychENCODE Consortium; and the iPSYCH-BROAD Working Group.

The study was supported with funding from the National Institute of Mental Health, the Simons Foundation Autism Research Initiative and the Stephen R. Mallory schizophrenia research award at UCLA.