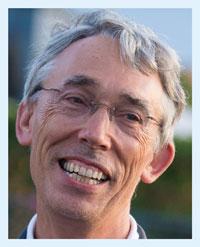 Jonathan Flint is a British behavior geneticist and Professor in Residence in the Department of Psychiatry and Biobehavioral Sciences at the David Geffen School of Medicine at UCLA. He is also a senior scientist in the Center for Neurobehavioral Genetics at UCLA’s Semel Institute for Neuroscience and Human Behavior.

Jonathan Flint fundamentally advanced understanding of the genetic basis of behaviour, thereby determining the direction of research in psychiatric genetics.


More about the PI

Dr. Flint fundamentally advanced understanding of the genetic basis of behavior, thereby determining the direction of research in psychiatric genetics.

(1) Flint developed the first genome wide association strategy that identified genes and sequence variants underlying complex behavioral traits, particularly anxiety and depression, in mammals. His early work has overturned the widely held belief that the genetic architecture of behaviour made it intractable to the molecular mapping techniques. His early findings justified the subsequent molecular analysis of behavior but it was not until 2006 that he was able to demonstrate the power of genome wide association (the technology that came later to dominate the field) to map loci underlying behavior in any outbred organism. He established that complex traits are highly polygenic, consisting of large numbers of additive loci, with minimal contribution from epistasis; and showed that complex trait loci reside in non-coding regions of the genome. Flint developed and pursued three strategies to discover the molecular bases of behavioural variation. First, he looked for mutations of large effect that are identifiable using standard molecular cloning approaches. This led to his discovery that mutations in alpha-tubulin cause hyperactivity, abnormal neuronal migration in mice and lissencephaly in humans. Clinical genetics departments now use diagnostic tests based on these findings.Second, Flint pioneered the use of multi-parental lines for mapping complex traits, which have become a standard approach for high resolution mapping in rodent genetics. Third, Flint addressed the question of identifying causative variants. To do so, he led projects that provided the first near complete catalogues of sequence variants in 17 mouse inbred strains and eight rat strains. Using the sequence data, he showed it was possible to detect virtually all segregating variants in outbred stocks. He related the distribution of effect sizes of causal variants to their molecular nature and their position in the genome, providing assessments of the relative contribution of coding and non-coding variation to complex traits

(3) Flint identified the first robust genetic associations for major depression in humans, implying a novel origin for psychiatry’s commonest disorder. He broke open the bottleneck in MDD research by assuming that depression was a heterogeneous condition. His strategy was to exclude known or suspected causes of heterogeneity or, where this was impossible, to acquire deep phenotypic information and thus control sources of heterogeneity in genetic mapping. This strategy resulted in the first robust genome-wide association findings for depression.